Josh joined Stiwdio Franwen with no experience of game or 3D development, but lots of experience of game playing! After some initial discussions around how games were built, looking at screen shots of popular games and beginning to understand what was involved in game development, Josh got stuck into some 3D sculpting apps and quickly moved onto exploring Unity3D tutorials and reworking them into his own ideas and levels.

You can see the projects Josh worked on in Stiwdio Franwen on the right. 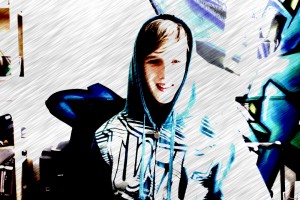