Connor joined Stiwdio Franwen with an interest in learning to compose scores for videos and generally discovering more about the world of digital recording and production.

Prior to joining Stiwdio Franwen, Connor had completed one composition as part of his GCSE in music.

In the 12 weeks of Stiwdio Franwen, Connor completed over 9 tracks in a variety of styles as well as numerous ideas and improvised ideas from ‘jam sessions’.

During his time in Stiwdio Franwen, Connor composed tracks that were used in promo videos for Galeri, Bounce Below and the Gwyn Game for Cwmni’r Franwen as well as numerous other projects.

Connor also had the opportunity of working with North Wales based musician Henry Horrell and Stiwdio Franwen Co-Ordinator and Professional Drummer Deian Elfryn to learn techniques for composing, improvising and general musicianship.

Some of the skills & techniques Connor learned:

Below are the tracks Connor composed and in the projects list you can see which projects Connor’s scores were used in. 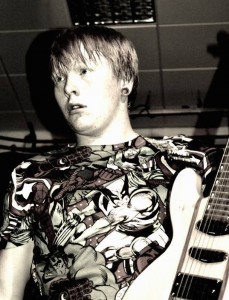