Today I added more detail to the alternative level, more crumbling walls and piles of rubble to the ruins and trees all over the levels (barring the water, of course).  I also added and tested a stamina system in the main level where the player character would have 100 stamina and sprinting (which would double movement speed) would cost 0.05 stamina per update cycle (but hitting 0 stamina would stop sprinting), not sprinting will cause the player character to regain 0.05 stamina per update cycle but will never go over 100 stamina.

I also made a quick design for a Heads Up Display (HUD) for the game that shows a health bar (red bar in top left corner) a stamina/mana bar (teal bar beneath health bar), 3 yellowish circles at the bottom left corner to house the icons of equipped weapons, the largest of which is the weapon currently in use (I specified in the mind map that the three equipped weapons can be quickly switched between using the 1 2 and 3 keys).   Similarly the three blue circles at the bottom right corner indicate equipped spells (cycled through using the 4 5 and 6 keys). 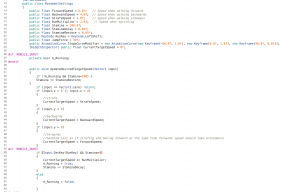 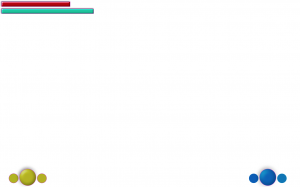